Years of preparation, hours and hours of training, and, in many instances, injuries are just some of the things Olympic athletes endure during their careers. Sometimes they suffer injury during their training, warm-ups, or in their down time. Some even happen during the Olympic games itself. Because the Olympics are covered by worldwide media, athletes who sustain injuries during the games are subjected to a barrage of cameras from all sides. Throughout the games, these cameras record the most terrible and often career-ending events.

The degree of injuries can vary and is usually frequently determined by the sport. In researching the internet for the worst Olympic injuries, there’s one thing we always fin : almost all of the most gruesome Olympic injuries occurred during the winter Olympics. Injuries during the Winter Games include dislocated elbows, severe concussions, broken limbs and gruesome lacerations.

Reliving some of these injuries may not be for everyone, especially if you’ve seen them previously, but if you’re interested in learning about some of the most gruesome incidents in Olympic history, keep reading.

Nancy Kerrigan was involved in arguably one of the most famous and tragic Olympic “accidents” ever. While she only received minor injuries, the darkness and deception that led to the assault will endure a lifetime.

Kerrigan was assaulted by a hitman in 1994. It was later revealed that Tonya Harding’s ex-husband and bodyguard, who was Kerrigan’s rival in skating, hired a hitman to attack Kerrigan to impair her skating ability. In the attack, Kerrigan’s right leg was targeted and hit with a collapsible baton. Both Kerrigan and Harding were preparing for an event in which they would vie for a spot for the US Olympics. Kerrigan’s leg injury was serious enough that she was forced to withdraw from the competition the next night, despite the fact that she had no broken bones. The night following the assault, Harding won the gold medal, earning her place on the Olympic squad.

Teammates were so impressed by Kerrigan’s positivity and composure that she was given a place on the Olympic team. When both of them stepped onto the ice in February 1994, Kerrigan won a well-deserved silver medal in the event and Harding came in eighth place. Harding was later found to be guilty of the attack and was permanently banned from the US Figure Skating Association. She did receive national attention as a result of the controversy. The Olympic journey was chronicled in the 2017 film “I, Tonya”.

While defending his title from the 201 Olympics, Sa Jae-Hyouk — who was a South Korean weightlifter — suffered a serious injury to his elbow. To provide some context, the Olympics include two kinds of lifts: the clean and jerk and the snatch. Weightlifting squats is the best way to explain snatching. Then, while landing in a squat posture, weightlifters must effortlessly raise it above. Then they must use all of their might to raise to a standing posture with the barbell suspended above.

Sa’s first snatch of the 2012 summer Olympics went smoothly, and he appeared to be on pace for a medal, after he lifted 350 pounds. However, everything went awry on his second of three tries. When the weight was increased to 357 pounds, Sa collapsed under the strain and suffered a painful elbow dislocation.

In footage taken during his effort, you see that he successfully lifts the weight above and then quickly drops it behind him while squatting. It was hard to watch, as hee screamed in agony and collapsed. Sa would need surgery shortly after that, but did continue on with his career. Reports say Sa was banned from the sport for ten years after reportedly attacking another weightlifter.

Despite going through an Olympic injury, Derek Redmond’s injury in 1992 had a happy ending. In the 400 meters, he was expected to win a medal in Barcelona. He confidently went to the semi-finals, as he represented the United Kingdom, but as he competed in the race, he says he heard a loud “pop” around 100 meters into the race. At first, he thought the noise was coming from the crowd, but as he ran along, he realized what had happened. An intense hamstring injury forced him to stop and kneel on the track.

Redmond would get up shortly after and limp along the track. He didn’t give up and hobbled across the finish line, as his dad ran onto the track and they completed the race together to the delight of the audience. Redmond’s official race results read “DNF” (Did Not Finish) since his father assisted him in finishing.

For these athletes, injuries severely impacted their careers. For a non-professional athlete, an injury can be devastating. Imagine being hurt and not being able to function the same again or for a very long time. Maybe you’re out of work for a long time. How do you get by? This is when you may want to consider an attorney. The way an injury lawsuit is determined isn’t always the same, especially in different parts of the country. Those in New York City will seek out an injury attorney New York City and so on. Make sure your attorney knows the laws and has a good reputation.

Escape From Tarkov Cheats – A Must Tool For Game lovers 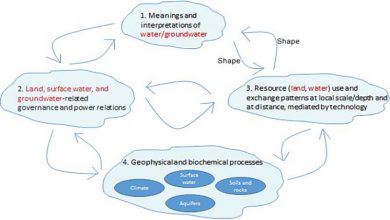 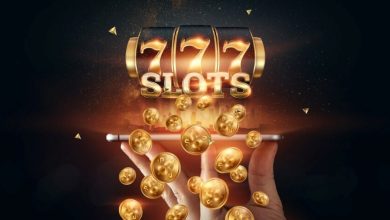