Trust me when I say – the pundits who claim that cell phone repair is a walk in the park are lying! Based on my two-decades-long ground experience in the field, I can both contest this assertion and win.

And no – professional cell phone repair shop software, the panacea touted by many, does not offer a solution.

The undeniable, unpalatable truth of the matter is that the business is taxing.

Both physically and mentally, though the toll exerted on the latter front is far more consequential. More lasting in scope; since it leads to a corrupting regress that requires therapy. A kind of psychosomatic lapse that impinges on the day-to-day. Resulting in much stress and worry for both repair techs and their associates.

Being Solution-Oriented: The Only Way Forward

But I’m not here to lament the situation. Ranting about a nascent, brewing conflict, no matter how alluring, is unprofitable. The only recourse for the wise is to start with a solution. Something practical that yields predictable results without much cultivation downtime.

And this is exactly what I’ll be distilling in this post – so as to help all aspiring repair techs in their advance.

Because one thing is for certain:

A mind unencumbered by psychological distress is ripe for both hard work and novelty.

The disposition that all workers, and not just the pros engaged in long-term repair, need to develop.

Now, as already mentioned, I’ve been working in cell phone repair for quite some time. And this lengthy acculturation has endowed me with a wealth of tricks to resolve any pent-up stress.

These techniques, however, require a certain semblance of ‘strategic centering’. A kind of determined humility where tiny changes in physique and intake usher in a shift in vantage. Resulting, as it were, in a change in performance. Inspired by the teachings of psychological behaviorism – made center-stage in Cognitive Behavioral Therapy (CBT).

The CBT therapeutic approach, which should be a staple practice for repair techs, rests on a triad of pillars:

The pointing glyphs here are given for a reason, of course. They are meant to indicate the cyclical, reinforcing nature of the loop.

Thoughts, arising from the brain’s neural circuitry (the way it is set), feed into behaviors. These are naturally tethered to emotions – being the latter’s overt manifestations. Behaviors, in turn, translate into actions, which may be either productive or destructive (per a given context).

CBT and its peer behavioral therapies work on this dialectical understanding. They base their efficacy on provoking gradual changes in one or two triad aspects. This results in a feedback shift in the other linked aspects, resulting in the behavioral response needed.

The basic reason why the approach works has a lot to do with neuroplasticity. This biological reality pertains to the brain’s malleability: its ability to evoke new, firing pathways. What is essentially an adaptive recourse.

All sentients are genetically wired, down to the molecular level, to follow the path of least resistance. The route that requires the least energy expenditure.

In practice, this flow-direction pathway is symptomatically personified by habit. What practitioners often refer to as the spontaneous activity arising, seemingly, from nature.

Following from this observation, the prescription for pursuing regular exercise engagements comes automatically. Something I’ve seen work wonders in the lives of committed repair techs.

In minute scenarios involving cell phone repair, exercise regimens can greatly result in increased ‘stress busting’. Channeled into a variety of endpoints where heightened productivity comes as an offshoot. A feat that requires the ‘human’ component for its execution; where even the best repair shop software is found lacking.

Here, I’d like to expand on anecdotal evidence borne true in the experience of many people – including my own.

Spirituality, which is not the same as the belief held by many in organized faith, is ‘tension subverting’.

When cultivated with a look toward the grander scheme of things, it imbues its recipient with the sense of God, the universe, or some other meta concept being in charge of all mundane affairs. This relinquishing of responsibility relives all cognitive burden – other than what is imposed on the individual by their immediate reality – from the adherent’s shoulders; making them comfortable with the realization of being only partially in control.

I believe that karma, as an accountability sentinel, also arises from the same wellspring – being particularly forceful in the lives of the spiritually connected.

Further, I can attest on the basis of several harrowing incidences where no technological recourse (including point of sale software) offered quite the same respite as my spiritual discipline in the face of overwhelming odds.

So to the repair techs out there who want a free, though by no means quick, fix to life’s psychosocial ills:

Get grounded – get connected.

In the final analysis on this and every other issue worth deliberating, the ‘to each their own…’ axiom holds sway. The cathartic approach that works for one person might not do the same for another. Holding to a one-size-fits-all orientation certainly proves belittling over the long haul.

In any case, I’m open to suggestions from industry peers to refine my take.

So if you’ve got any remedial, instructive suggestions, please feel free to dish!

I’m always open to being bested 😀 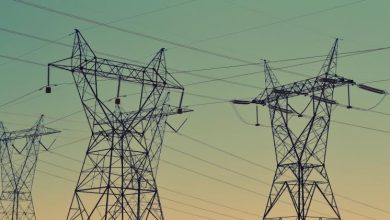 Power Surges: How to Protect Yourself and Your Electrical Devices 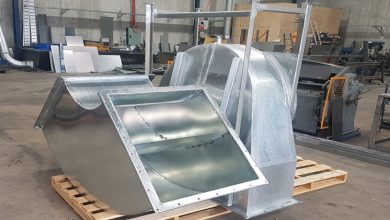